The Miracle Cross at Ground Zero in New York City. The Cross was formed when the buildings collapsed and found by rescue workers and erected on the site as a memorial to those who died in the attack on The World Trade Center. Through my eyes and with my camera I am able to see the world we live in, and try to bring things into focus. Photography preserves my vision of what "I see" at a specific time and place- a moment. Creating a bond between me and my subject and capturing and emotion for eternity. Having lived and worked in New York City for over 15 years when 911 happened. I had to go and "see" with my camera what lower Manhattan was like after this horrific attack on our Nation. The World Trade Center owned the skyline in lower Manhattan making it feel more like a canyon. After the Twin Towers fell, and I saw with my own eyes and camera the destruction, I realized what little land they actually sat on. The Twin Towers may not have occupied a large plot of land but they now touched everyones life. Photo©SuziAltman 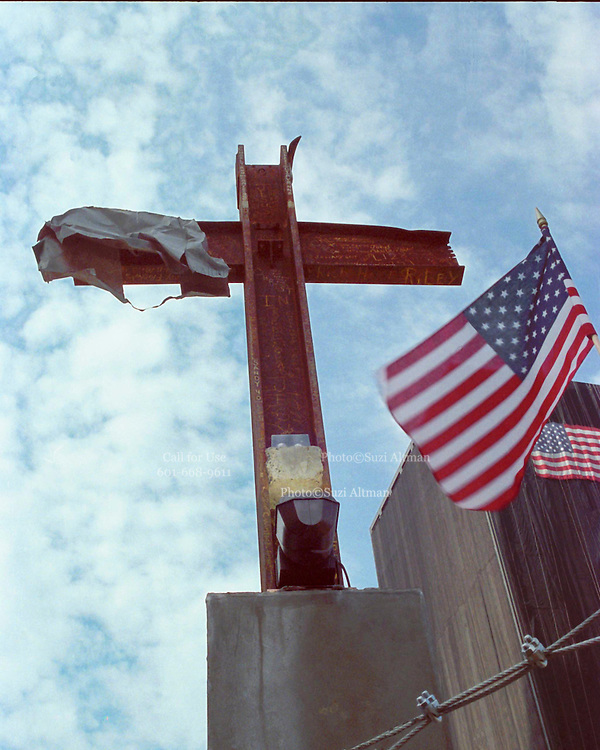