Jon Jenkins, Carwin Jones's father one of the Jena 6, is pictured listening to Rev Sharpton speak while he holds a flyer declaring the innocence of the Jena 6 at the Antioch Baptist Church in Jena LA. Sunday Jan 20,2008. Reverand Al Sharpton spoke at the Antioch Baptist Church in Jena Louisiana. Sharpton came to Jena the day before Martin Luther King holiday because the Nationalist Movement lead by Richard Barrett is to march on Jena Monday during MLK holiday. The Nationalist movement is coming to Jena in response to the Jena 6 rally last year.(Photo/© Suzi Altman) 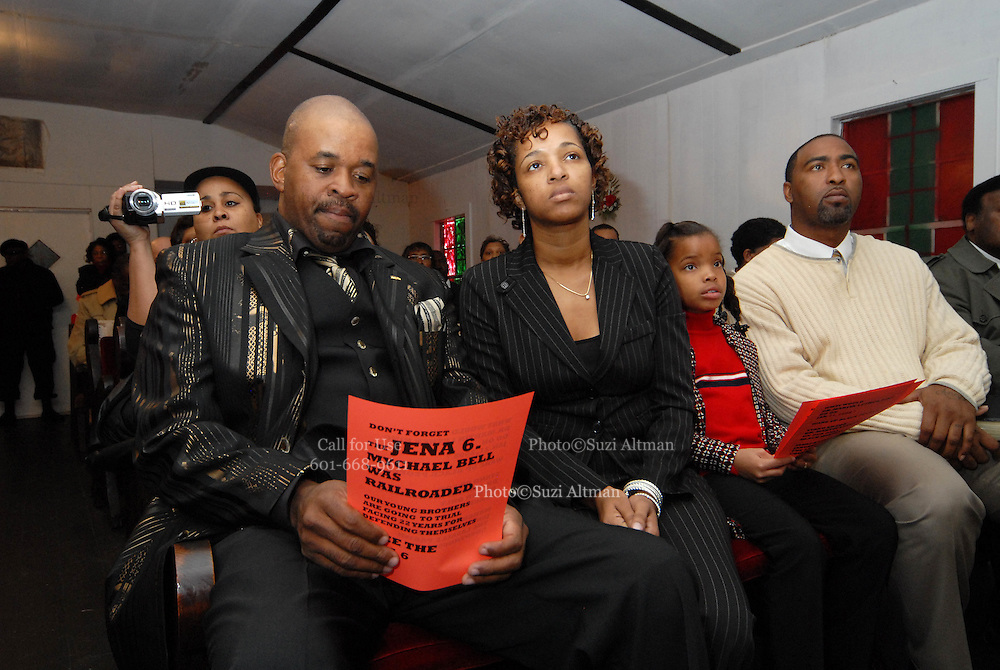