Sep 20, 2007 - Jena, LA, USA -The crowd reacts to Radio personality MICHAEL BAISDEN who helped organize the rally for the suporters of the Jena 6 speaks to the crowd gathered outside the LaSalle Parish courthouse. The plight of the "Jena Six", a group of black teenagers who were initially charged with attempted murder after beating a white classmate, has provoked one of the biggest civil rights demonstrations in the US in recent years. Protesters converged on the small Louisiana town of Jena to demonstrate against what they said was a double standard of prosecution for blacks and whites. They came in their thousands, protesters from across the United States carrying banners and signs that declared "Free the Jena six" and "Enough is enough". (Credit Image: © Suzi Altman/ZUMA Press) 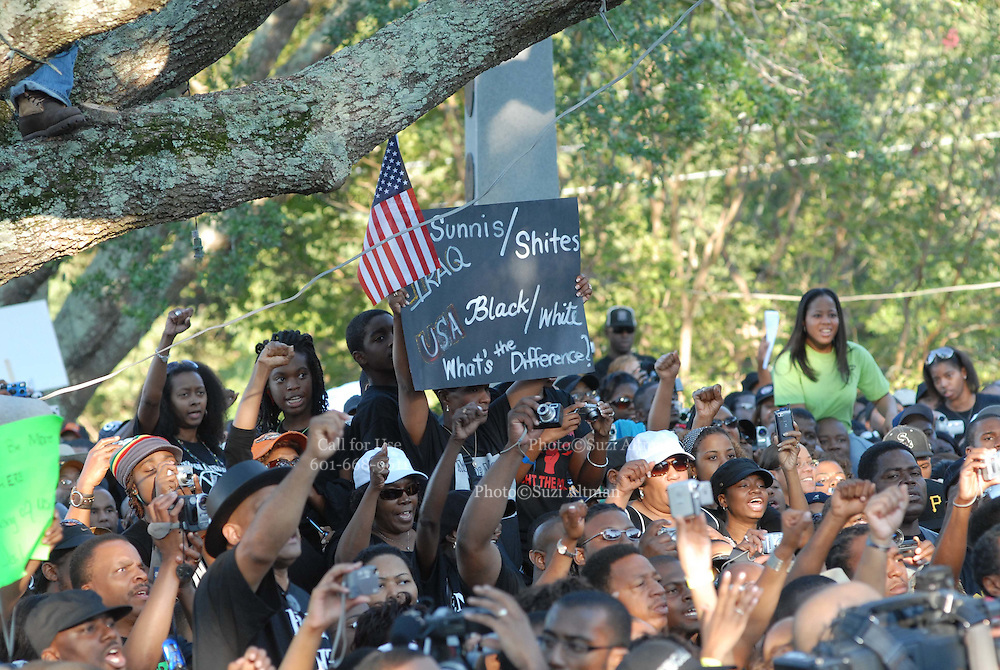