During the protest in Jena Louisana on Martin Lurther King holiday, State police try to circle members of the New Black Panthers Party outside the LaSalle County Parish Courthouse Monday Jan. 21,2008.(photo/©SuziAltman) A group of protesters march to Jena High School on the Martin Luther King Jr. holiday in Jena, La., Monday, Jan. 21, 2008. The protest was organized by the self-described 'pro-majority' Nationalist Movement of Learned, Mississippi, lead by Richard Barrett, and was being held in opposition to the six black teenagers who were arrested in the beating of a white classmate in December 2006, and the King holiday. The protest drew about 50 participants and 100 counter-demonstrators to Jena.(Photo/© Suzi Altman) 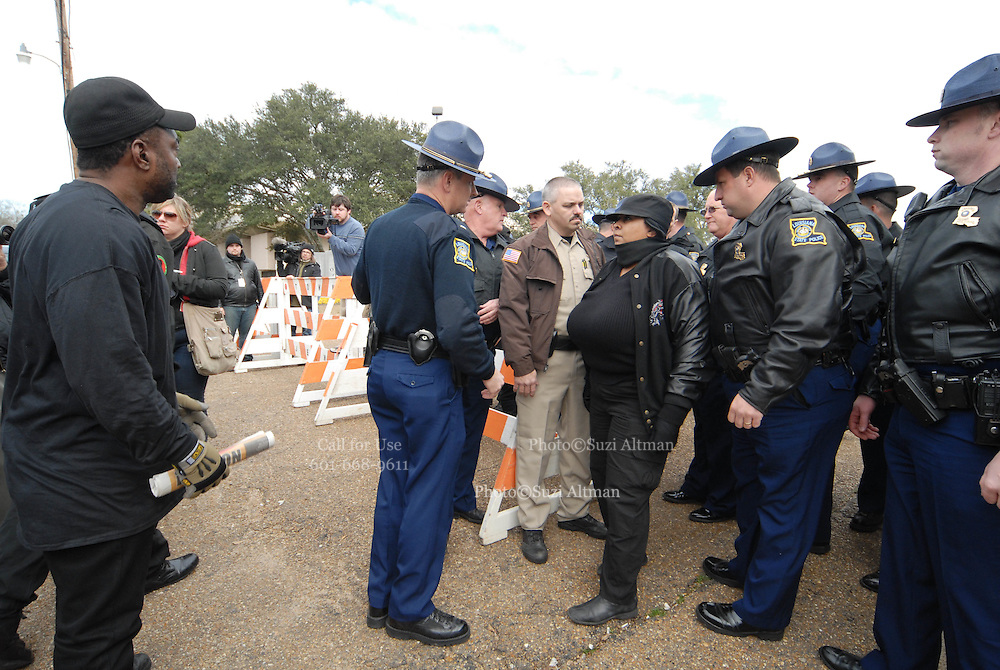