6/29/2020 Jackson MS.
The Congressional Black Caucus held a press conference in the shadow of the Confederate flag, on the Capitol steps in regard to the historic vote to remove the Confederate flag. After 126 years the Confederate Flag is finally coming down. The Mississippi Black Caucus expressed what a historic day this was for the State of Mississippi. They also stated how it was past time to remove the racist symbol from the state flag. The MS House of Representatives passed the Bill 91-23 and the MS Senate voted 31-14 in favor of changing the flag. The Bill would allow for the redesign of the Mississippi State Flag, the current flag has the Confederate symbol on it. Mississippi is the last State in the Nation to still have the stars and bars of the Confederate symbol on its state flag. Governor Tate Reeves said he would sign it if it passed the State is now waiting for his signature on HB1796. Photo © Suzi Altman @suzialtman #mississippi #history #change #flag #confederateflag #ms #blackcaucus #racism #BLM #equality 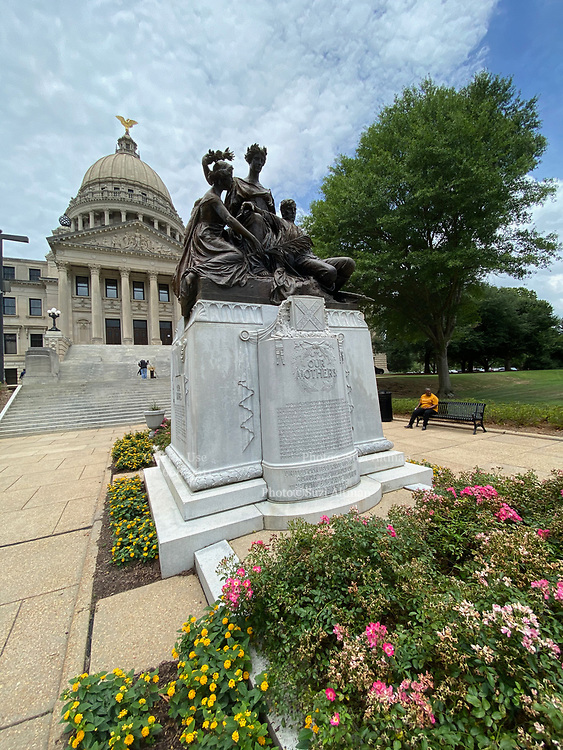