12/3/19 Jackson,MS. Chokwe Antar Lumumba, Mayor of Jackson speaks as former New York City Mayor Bloomberg now a Presidential candidate, listens to the Mayor speak about his plans for the city and criminal justice reform. Democratic Presidential candidate and former New York City Mayor Michael Bloomberg visits with Mayor Chokwe Antar Lumumba at the Smith Robertson Museum. Bloomberg and the Mayor of Jackson where their to have a discussion on criminal justice reform with community leaders. Bloomberg spoke with the press after his meeting with community leaders and said he made a mistake with "stop and frisk" policy in New York City and has learned from his mistakes. Photo ©Suzi Altman 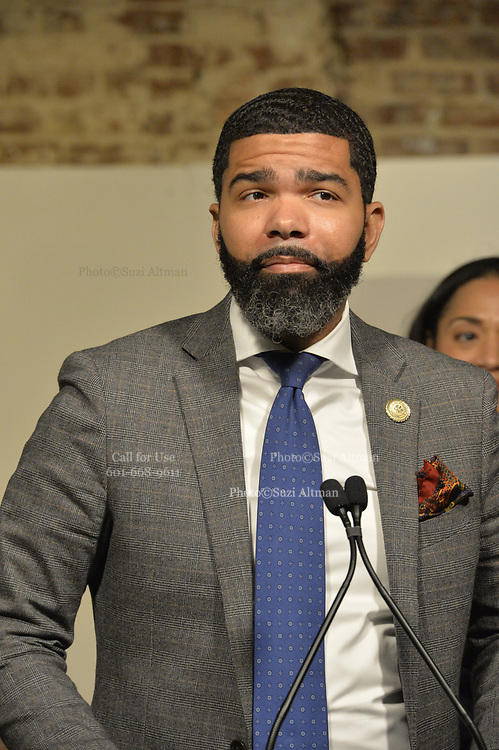