12/3/19 Jackson MS. Democratic Presidential candidate and former New York City Mayor Michael Bloomberg visits with Mayor Chokwe Antar Lumumba at the Smith Robertson Museum. Bloomberg and the Mayor of Jackson where their to have a discussion on criminal justice reform with community leaders. Bloomberg spoke with the press after his meeting with community leaders and said he made a mistake with "stop and frisk" policy in New York City and has learned from his mistakes. Today at the community meeting Presidential candidate Michael Bloomberg unveiled three criminal justice reform policy proposals. The proposals focus on reducing the United States incarceration rates, which are the highest in the world and addressing the failings of the criminal justice system that disproportionately harms communities of color. Bloomberg will introduce his plan for comprehensive criminal justice reform in the coming weeks. Photo ©Suzi Altman 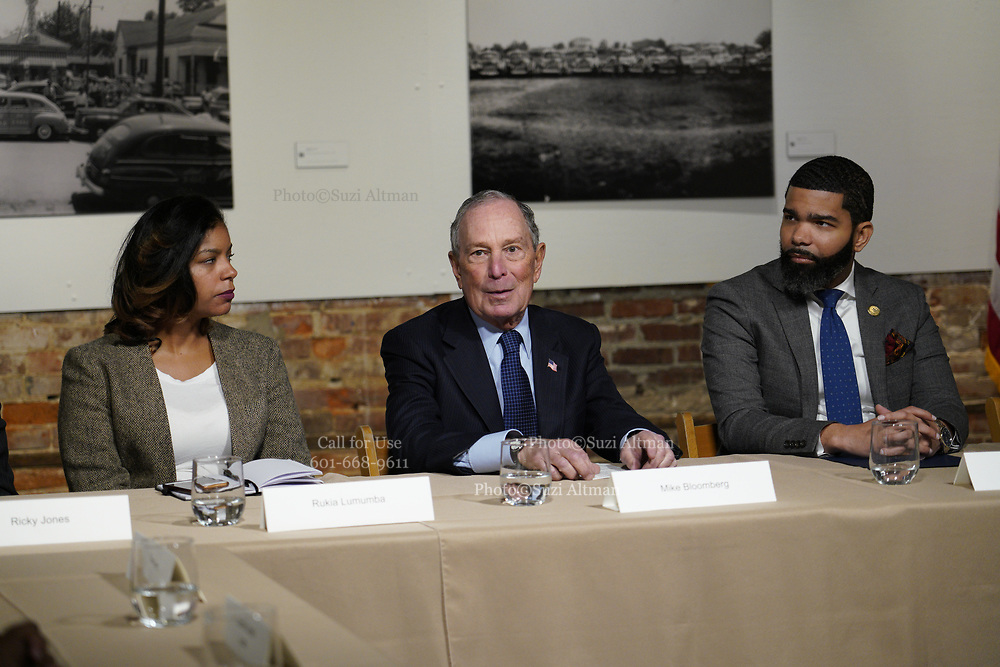