6/28/2020 Jackson MS.
Mike Espy, a democrate and former US Secretary of Ag. and running for US Senator, speaks after the historic vote to remove the Confederate flag, He spoke of what a historic time this is for Mississippi and how he hope this is just the beginning of change to come to Mississippi. HB 1796 cleared the House and Senate clearing the way to remove the Confederate flag as the state flag for the State of Mississippi. The Mississippi State legislators gathered at the State Capitol Sunday for a historic vote on HB1796. The MS House of Representatives passed the Bill 91-23 and the MS Senate voted 31-14 in favor of changing the flag. The Bill would allow for the redesign of the Mississippi State Flag, the current flag has the Confederate symbol on it. Mississippi is the last State in the Nation to still have the racist Confederate symbol on its state flag. Black Lives Matter advocates celebrated the historic vote outside the Capitol. The Mississippi House of Representatives passed the Bill and so did the Mississippi Senate, Governor Tate Reeves said he would sign it if it passed. Photo © Suzi Altman 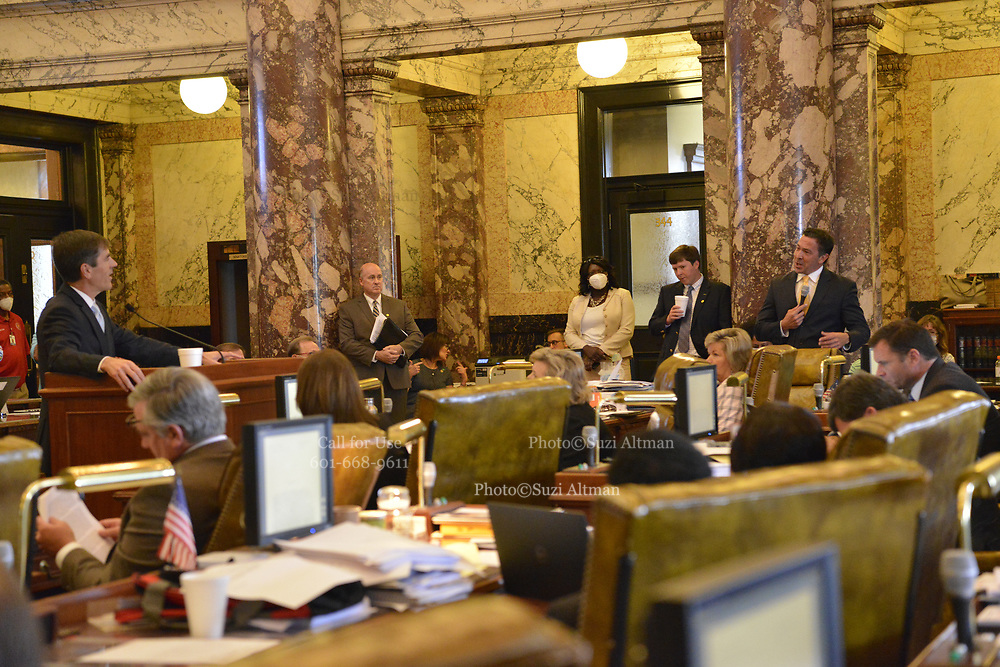