3/7/2016 Madison,Mississippi On the eve of the Mississippi Presidential Primary Presidential Republican candidate Donald J. Trump stumps to a crowd of Southern voters at Madison Central High School gymnasium. Trump was given a gold key to the City of Madison, by the Mayor Mary Hawkins, Trump proudly showed it off to the crowd and then put it in his pocket. Trump asks the audience to raise their right hands and pledge to vote for him in the primary. Trump spoke about making America great again as Black Lives Matter protestors demonstrated outside. Photo ©Suzi Altman 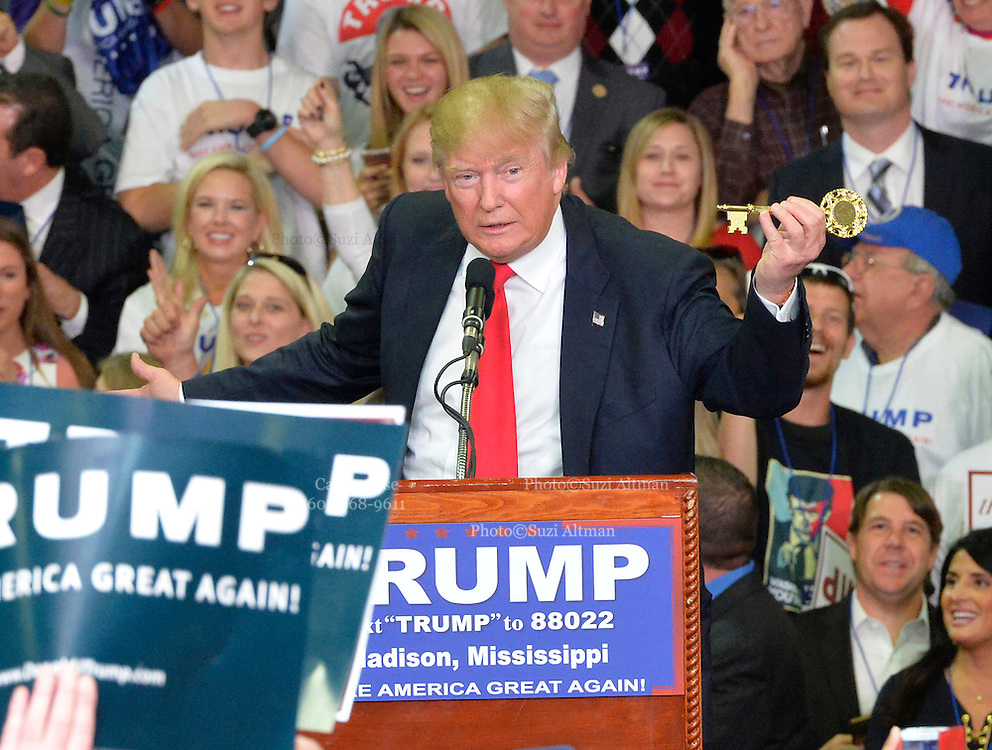