6/5/2020 Jackson MS. Protestors gather across the street from the Mississippi State Capitol at Attorney General Lynn Fitch office. Fitch recently dropped all charges against the Mississippi police officers in the murder of African American Ricky Ball. The protestors then walked to the Capitol and tried to delivery a list of their demands, and were denied entrance by Capitol police.The protest in Jackson was organized by the Poor People's Campaign and other organizations because manslaughter charges against police were dropped in the murder of Ricky Ball of Columbus MS.
Protests have broken out across America and around the world in solidarity of Black Lives Matter and to end systemic racism. Photo copyright © Suzi Altman @suzialtman #blm #blm_sip #blacklivesmatter #rickyball #justice #mississippi #icantbreathe #racism #change #suzialtman #documentyourdays #history 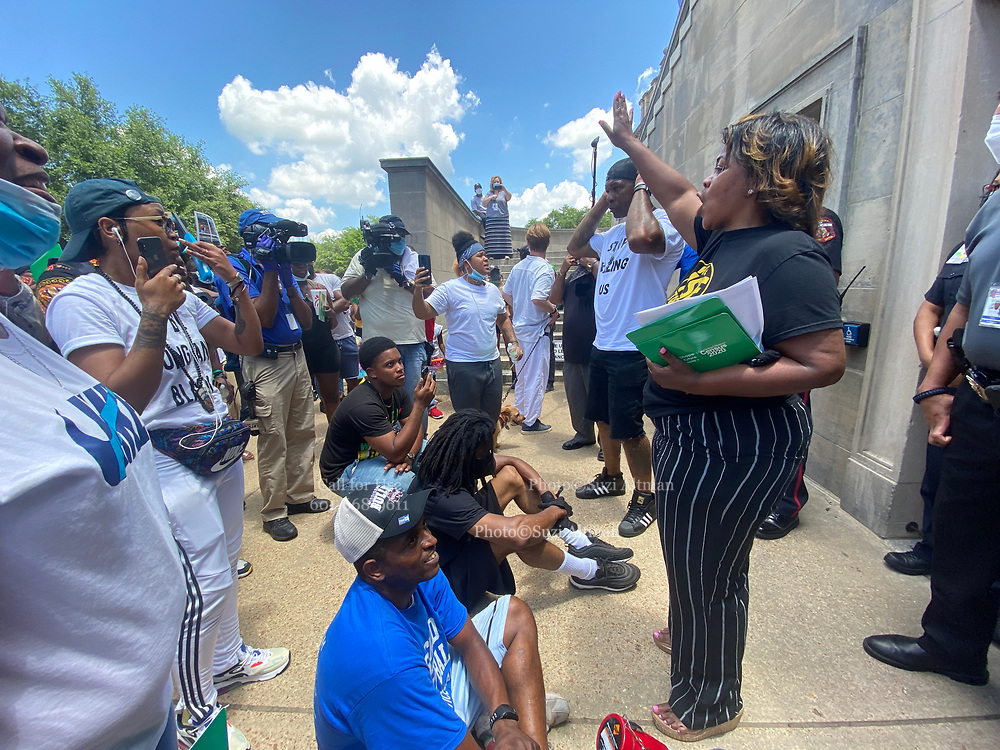