4/5/16 Jackson,MS. In response to the Mississippi Religious Freedom bill being signed into law by Governor Phil Bryant Planting Peace a nonprofit rented a billboard in the shadow of the State Capital and makes fun of the law it depicts a image of Jesus and It says " Guys , I said I hate Figs..and to Love Thy neighbor." The billboard and Planting Peace hope to remind Christians of the "Golden Rule." Photo ©Suzi Altman 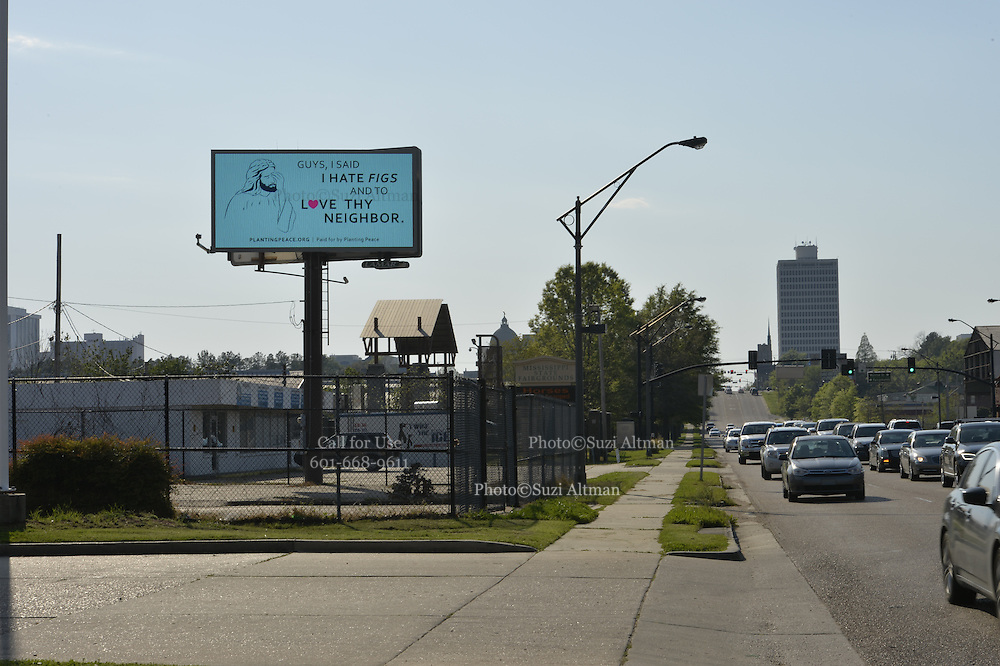