File-Greg Williams, Defensive Coordiantor for the New Orleans Saintshas been suspended indefiently from the NFL because of his "bounty system" he had in place while coaching for the Saints during the 2009,2010 & 2011 NFL seasons. Coach Sean Payton was suspended for one year and General manager Micky Lookis was suspended for 8 games for thier roles in the "Bounty scandal". File Photo of Defensive coach Greg Willams and coach Sean Payton shake hands before the Saints pre season game against the San Diego Chargers Friday Aug 27,2010. The San Diego charges cut Drew Brees a few years ago, allowing him to be picked uop by the Saints as a free agent. The Saints won 36-21 at half time.Photo© Suzi Altman 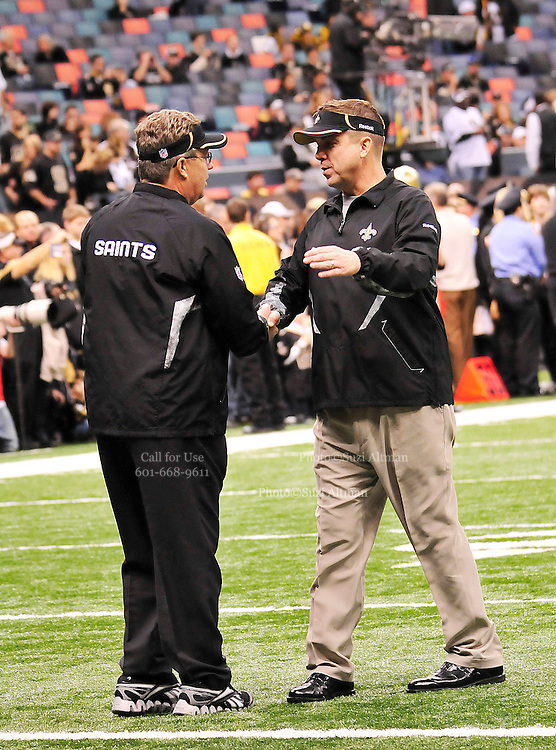