A group of white supremists protest and march to Jena High School on the Martin Luther King Jr. holiday in Jena, La., Monday, Jan. 21, 2008. The protest was organized by the self-described 'pro-majority' Nationalist Movement of Learned, Mississippi, lead by Richard Barrett, and was being held in opposition to the six black teenagers who were arrested in the beating of a white classmate in December 2006, and the King holiday. The protest drew about 50 participants and 100 counter-demonstrators to Jena.(Photo/© Suzi Altman) The Rankin County Sheriff's Department has confirmed that the body of white supremacist and attorney Richard Barrett, 67, was found in his Pearl home today, apparently the victim of a homicide. 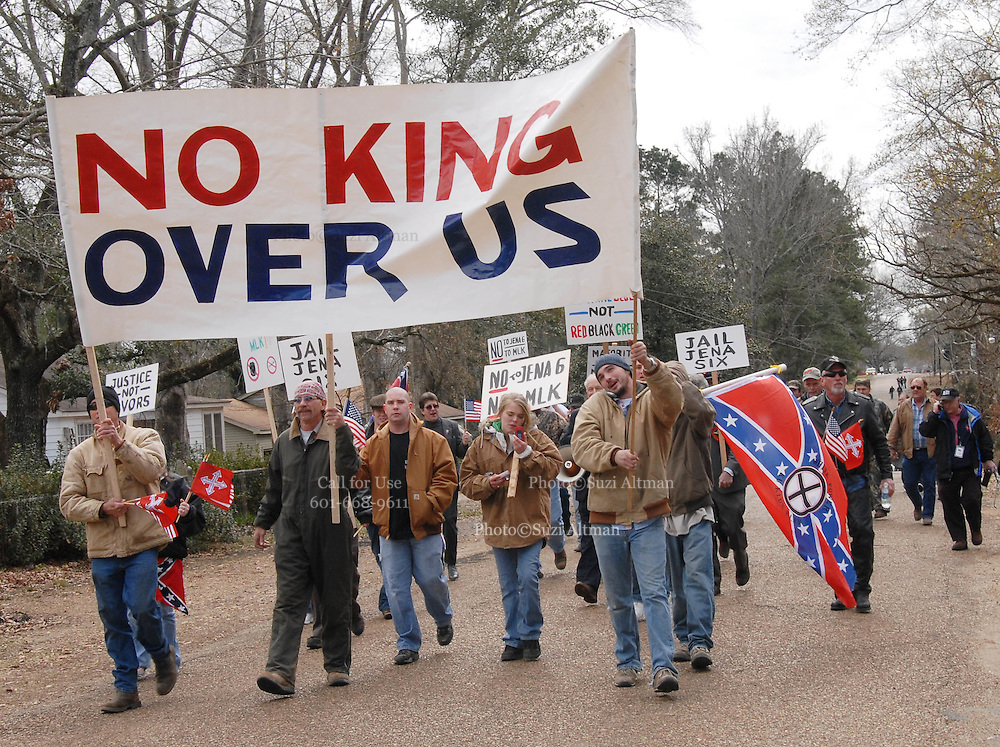