Kid Rock was on fire for his performance at the Jackson Coliseum in Jackson Mississippi as the second to last night of his "Born Free" tour Friday March 11,2011. Kid played the guitar, keyboards and drums during his almost 2 hour show filled with strippers, pyro technics, old photo slide show and laser lights . Kid Rock was joined on stage by country guitarist Jamey Johnson and Randy Houser. Kid Rock, who grew up in in Detroit, turned 40 years old and is celebrating his birthday All Tour Long and the last show of the tour is Saturday night March 12,2011 in Memphis TN. Photo©Suzi Altman 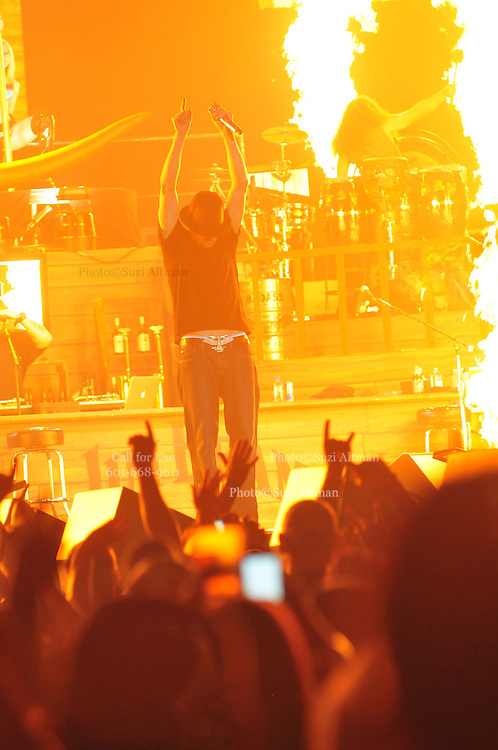