Memebers of the National Knights, Knights of the Ku Klux Klan, march in Jena Louisiana on Martin Luther King Day to protest the Jena 6. A group of protesters march to Jena High School on the Martin Luther King Jr. holiday in Jena, La., Monday, Jan. 21, 2008. The protest was organized by the self-described 'pro-majority' Nationalist Movement of Learned, Mississippi, lead by Richard Barrett, and was being held in opposition to the six black teenagers who were arrested in the beating of a white classmate in December 2006, and the King holiday. The protest drew about 50 participants and 100 counter-demonstrators to Jena.(Photo/© Suzi Altman) 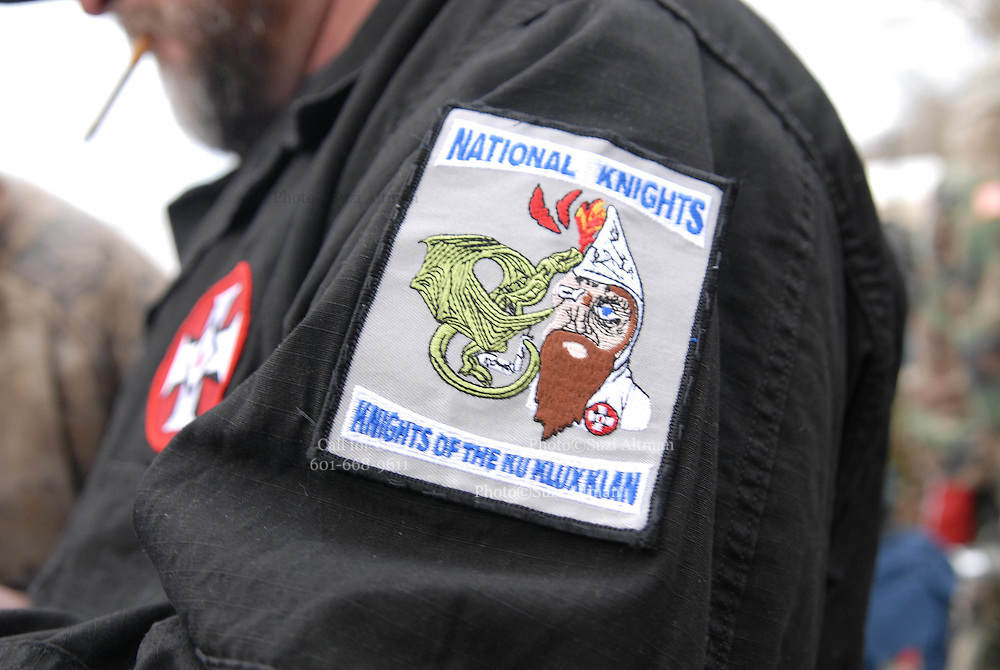