The New Orleans Saints Head Coach Sean Payton talks with RB Reggie Bush after Bush finished his pre game warm up. This game was to be BUsh's first game back since breaking his leg, Payton just let Bush know he would NOT be playing against the Seahawks, play the Seattle Seahawks Sunday Nov. 21, 2010 in New Orleans at the Super Dome. It is RB Reggie Bush's first game to play since breaking his fibula and Reggie is also playing against his old USC college Coach. Photo©SuziAltman. 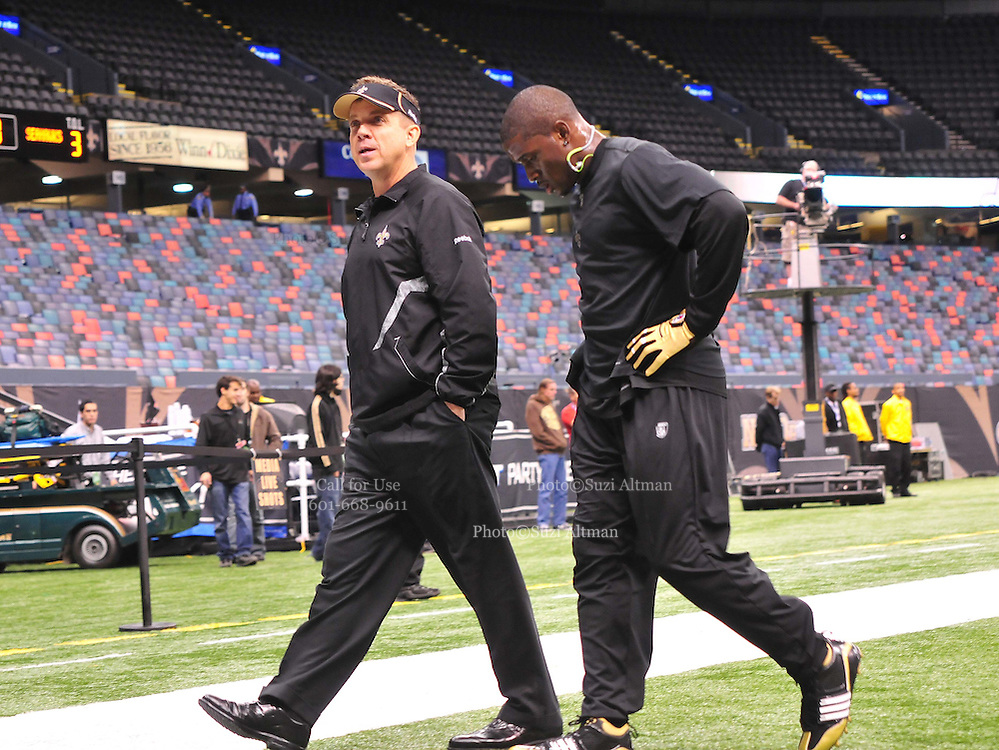