5/30/15 Indianola,Civil rights icon and BB Kings good friend Charles Evers arrives for the funeral in Indianola Mississippi. Fans to see B. B Kings final home coming funeral procession outside the BB King Museum. A family member reaches out to touch the casket for one last time at the gravesite of Mr. King during the burial outside in the rain. The Thrill is gone, the casket holding the body of BB King arrives at the Bell Grove Missionary Baptist Church for his final homecoming. Blues legend B.B. King is is laid to rest in the shadow of the cotton gin at the B.B. King Museum and Interpretive Center. Mr King's final homecoming procession included a black horse WITH A saddle flanked with two of BB's famous "Lucielle" guitars signed by Mr. King. Fans lined the streets to watch the procession and pay their respect to the King of the Blues. Photo ©Suzi Altman 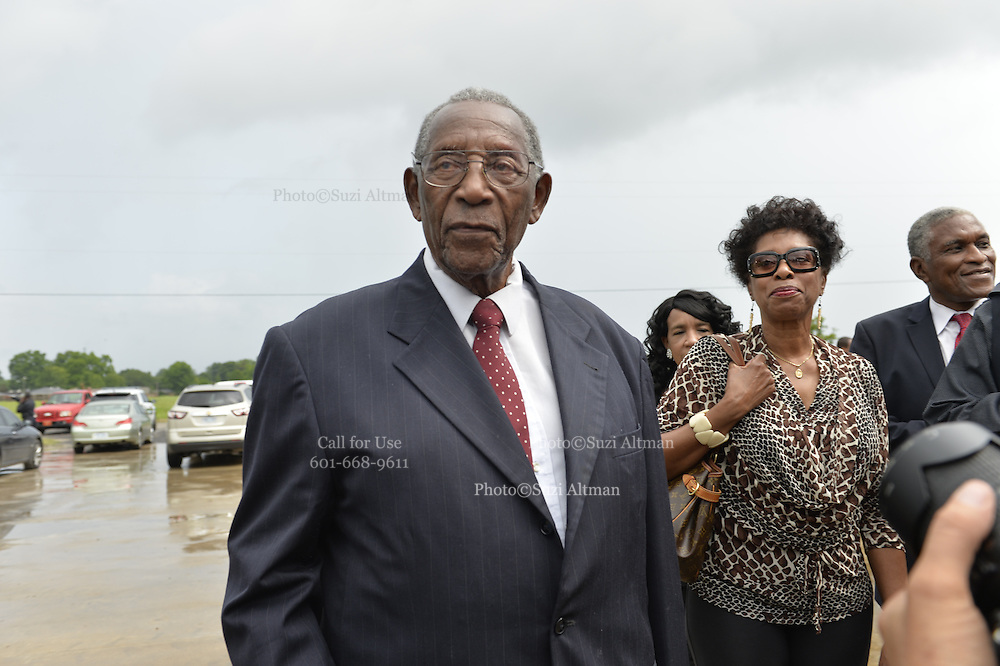