NFL Saints -Maddox plays with a football the the Saints gave him before the NFC playoff game.Actor Brad Pitt and his adopted son Maddox, Maddox looks at Brads blackberry after Brad took his photo and then they sent it to his mom Angelina Jolie while on the sidelines before teh game. walk on the New Orleans Saints side line before the NFC playoff game between the Saints and the Cardinals Saturday jan. 16, 2010 in Louisiana at the SuperDome. Brad has been instrumental in rebuilding the lower ninth ward in New Orleans through his Make it Right non profit that is building "green homes" where Hurricane Katrina destroyed everything. The Saints beat the Cardinals to advance in the playoffs. Photo ©Suzi Altman/Suzisnaps.comNFL Saints -Cardinals playoffs. Photo ©Suzi Altman/Suzisnaps.comNFL Saints -Cardinals playoffs. Photo ©Suzi Altman/Suzisnaps.com 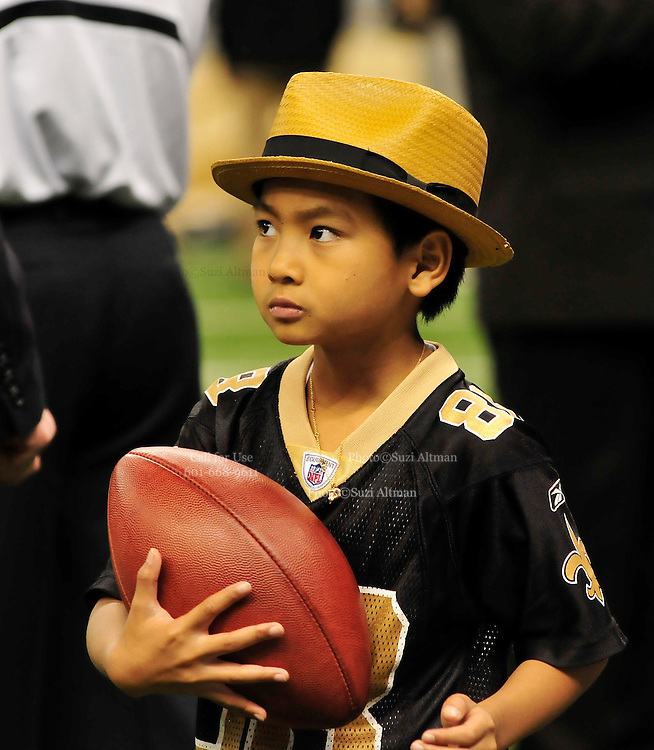