World Champion New Orleans Saints owner Tom Benson shows off his Super Bowl Ring and his one of a kind hand made "special "pinstripe suit" The striping says " New Orleans Saint World Champions" all over the Black & Gold Suit!!! His wife Gayle , on his arm,had it made for him as a surpirse and he was presented it right before opening of the NFL season in New Orleans Louisiana Thurs Sept. 9,2010. The Saints beat the Minnessota Viking 14-9. Phot © Suzi Altman 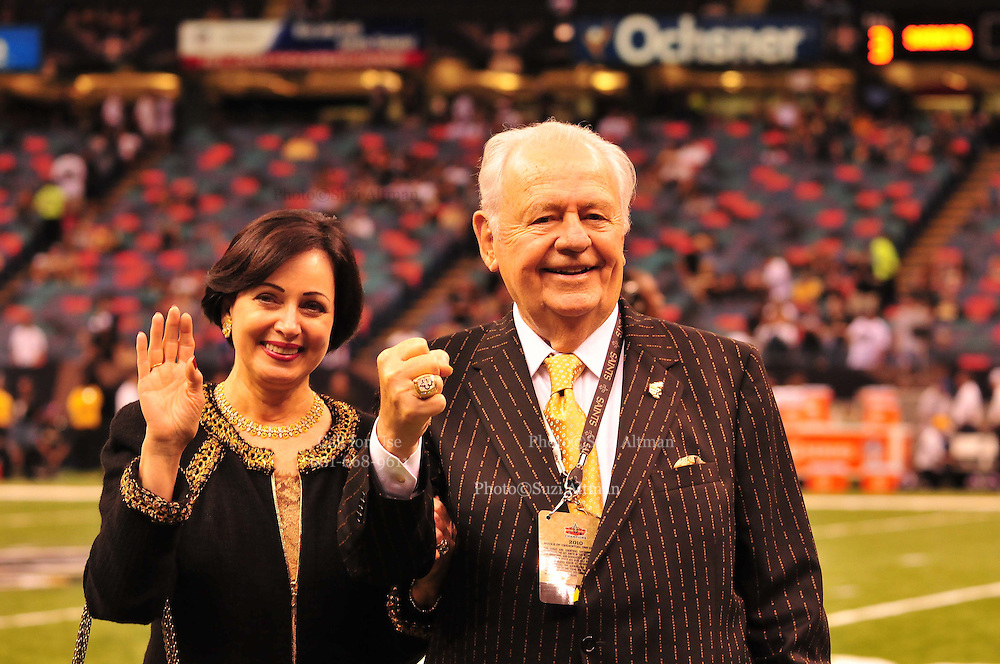