Rev. Sharpton gestures as he amswers questions from the media at a brief press conference after his remarks at the Antioch Baptist Church. Sharpton commented on the planned Nationalist rally on MLK day in Jena on Monday.The town of Jena Louisiana rescheduled their Martin Luther King Holiday festivities from Monday to Sunday because the Nationalist Movement planned a march in Jena on MLK day. Sharpton came to Jena the day before Martin Luther King holiday because the Nationalist Movement lead by Richard Barrett is to march on Jena Monday during MLK holiday. The Nationalist movement is coming to Jena in response to the Jena 6 rally last year. Sharpton was in Jena to protest the Jim Crow Justice still prevalent in the south. Sharpton discussed his feeling about MLK's legacy and how it should be celebrated and that their are still, today in the South many things to fight for, Equal Justice would be at the top of his list. Sharpton said you can not heal the community until justice is dealt with fairly, no white justice or black justice -Equal Justice for all is what will heal the town of Jena.Seated next to Sharpton is Marcus Jones, Mychael Bell's father, standing behind Sharpton is John Jenkins, Carwin Jones's father,black suit. Carwin and Bell are part of the Jena 6.(Photo/© Suzi Altman) 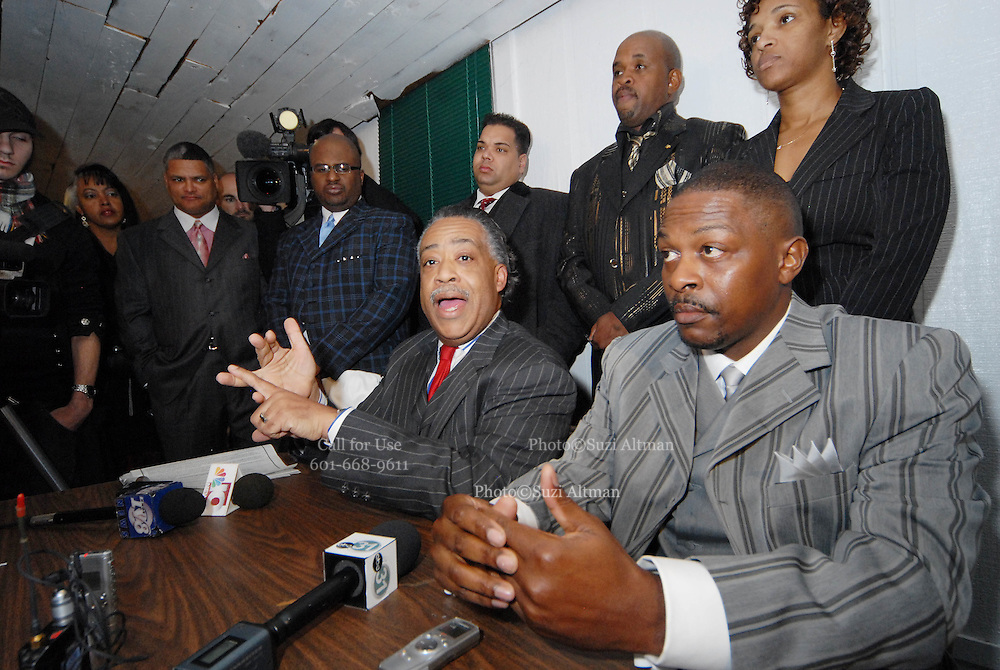