8/13/11} Vicksburg} -- Vicksburg, MS, U.S.A. --Robert Shiers aka Peanut paddles past his hand built cabin in the woods too check on the flood waters Friday May 13,2011 Peanuts flooded cabin on Chickasaw Road was a cabin in the woods is now a cabin on the flooded Mississippi River. Hope and faith float as the Mississippi River continues to rise around the Kings Community on Friday the 13th of May 2011. "Peanut " aka Robert Shiers navigates his "John Boat" down Chickasaw Rd. in Vicksburg Mississippi. His hand built ,self designed cabin which sits on 14ft. stilts on the old Belle Meade Plantation was on a 5acre wheat field that is now inundated with water and only able to get to by boat. No mail today for residents of the Kings Community in Vicksburg MS Friday May 13, 2011.The Mississippi River in Vicksburg, Mississippi is expected to crest at a record 58.5 feet. The water is moving at 2.2million cubic feet per second, to put it in perspective it would fill the SuperDome in New Orleans in 30 seconds. Pictured is the historic Yazoo Valley Railroad Station in downtown Vicksburg. The River is flooding over 1.2 million acres of farm land and damaging thousands of homes and disrupting thousands of peoples lives. Vicksburg a riverfront town steeped in war and sacrifice, gets set to battle an age-old companion: the Mississippi River. The city that fell to Ulysses S. Grant and the Union Army after a painful siege in 1863 is marshaling a modern flood-control arsenal to keep the swollen Mississippi from overwhelming its defenses. PHOTO©SUZI ALTMAN.COM.Photo by Suzi Altman. 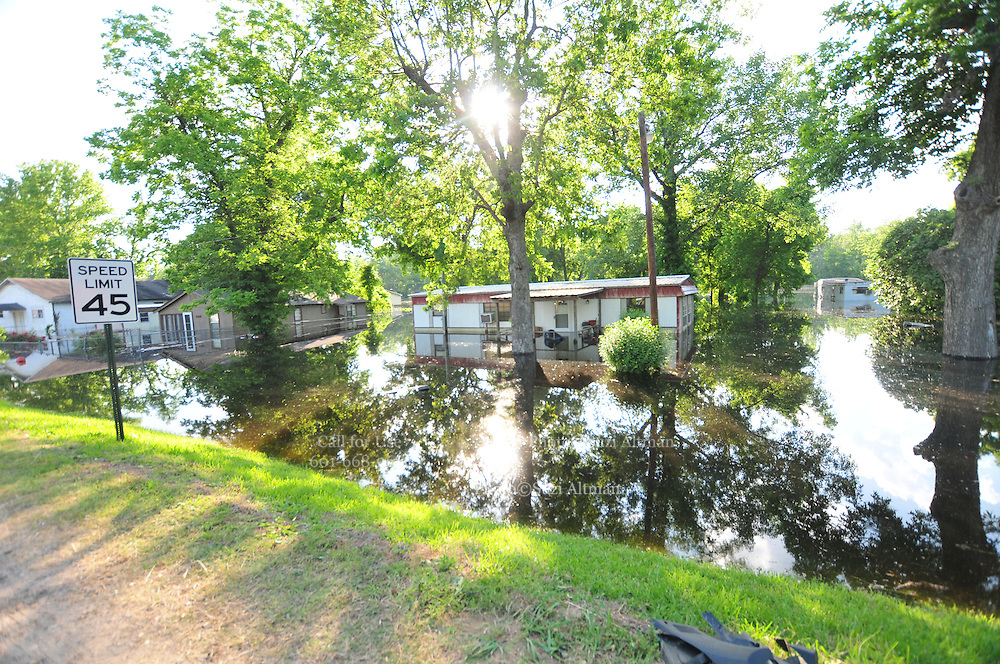