Photo ©Suzi Altman 12/9/17 Jackson,MS Mississippi Governor Phil Bryant introduces President Trump to a private group of civil rights leaders and, museum officials and other elected officials at the opening of teh Mississippi Civil Rights and History Museums. Governor Bryant extended the invitation to President Trump to attend the opening. President Trump made private remarks during the grand opening of the Civil Rights and History Museums in Jackson Mississippi. Trump spoke to a small private group of civil rights icons, museums directors, and other elected officials including MS. Governor Bryant in the auditorium after his brief tour of the museum. Trump said "the Civil Rights Museum is a tribute to our nation and to the State of Mississippi " and he paid tribute to other leaders of the civil rights movement including James Meredith and Medgar Evers . Trumps appearance was controversial to many residents of the state of Mississippi and protests were scattered around the museums exterior. Myrlie Evers- William widow of slain civil rights icon Medgar Evers attended the opening of the Mississippi Civiil Rights and History Museums. Evers spoke to the crowd outside after President Trump made private remarks inside to a closed audience of invited guests and press only.
Right before the ribbon cutting ceremony outside on the podium Mrs Evers said " These museums are priceless, going through the museum of my history I felt the bullets and the fears, but I also felt the hope." President Trump had a very short private tour of the Civil Rights Museum and did not mingle outside or stop to talk with any visitors to the new Civil Rights museum. Photo©SuziAltman 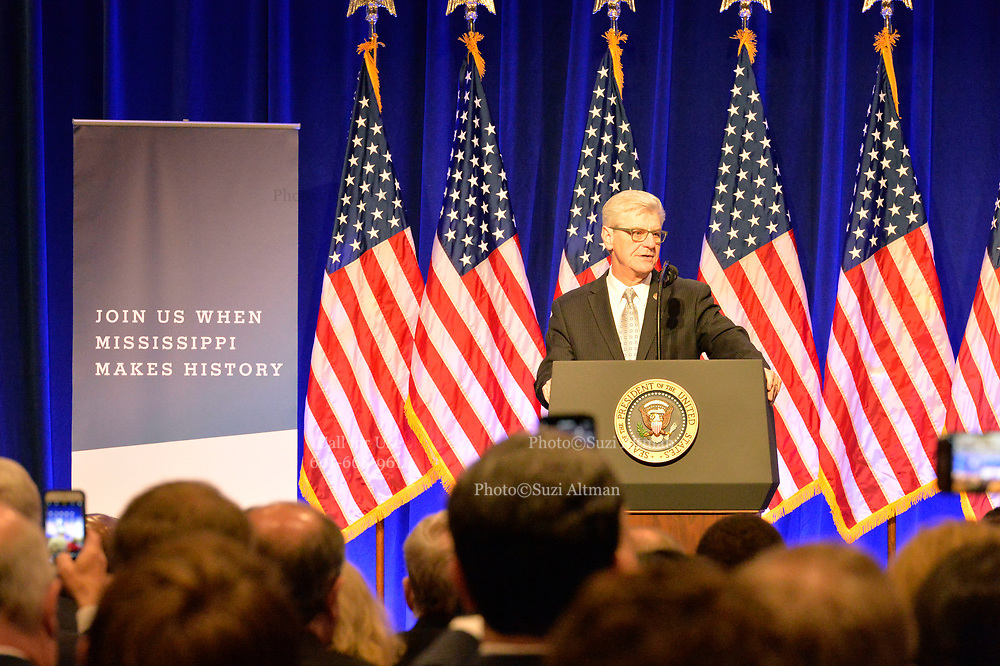