7/26/2020 SELMA/Alabama - The United States honor Guard carry the casket of Civil Rights Icon and Congressmen John Lewis from the horse the horse drawn carriage that just crossed the Edmund Pettus Bridge for the last time into the casket to head to the State Capitol, where he will lay in state.. A horse drawn carriage from Watkins Funeral Home in Atlanta leads the flag draped casket of Civil Rights icon and Congressman John Lewis over the Edmund Pettus Bridge for the last time.The rose petals represent the blood shed from Bloody Sunday in 1965 where Lewis was beaten by police and ended up with a fractured skull. On the anniversary of President Lyndon Johnson signing the Voting Rights Act, Congressman John Lewis's casket is pulled by a horse drawn carriage across the Edmund Pettus Bridge in Selma for the last time. The casket is headed to the State Capitol in Montgomery where he will lay in state and then will head to Washington DC and then to his final resting place in Atlanta Georgia. Photo© Suzi Altman 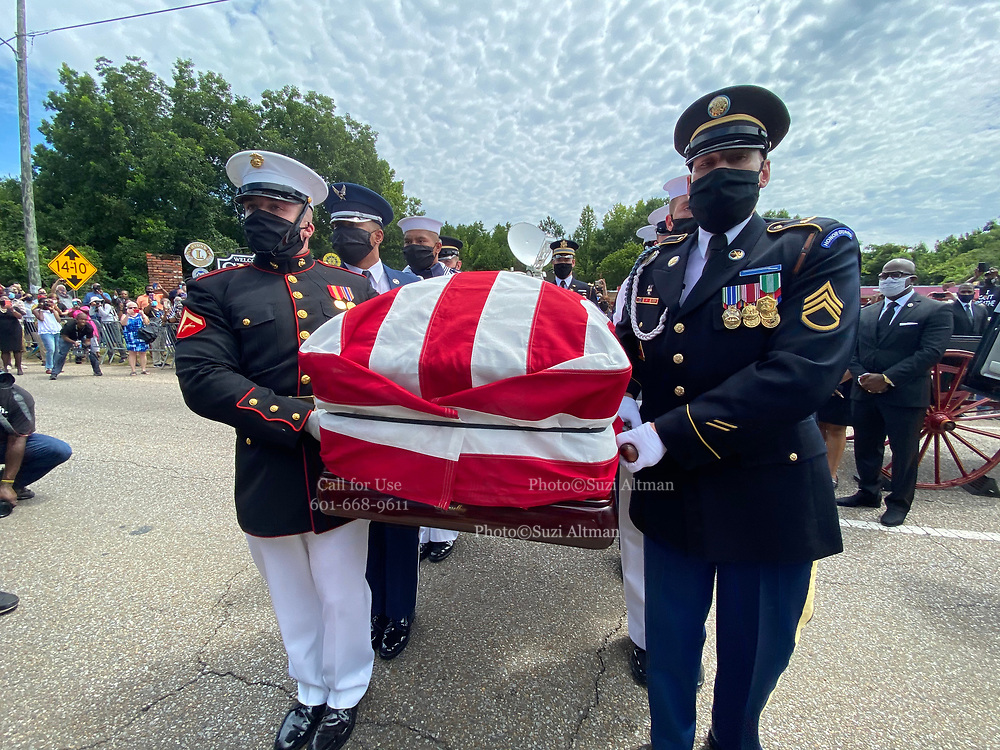